To answer a call for fiction more like Outlander, Game of Thrones and other more intense (and adult) general fiction, Mr. Vaughn created a new series—The Timkers.

The story follows Sam Harkings, a young man living in modern-day Seattle who thought he loved the past until he was thrust into it. For reasons that aren’t immediately clear, he arrives in 1930 where someone is trying to silence him. It wasn’t his fault he witnessed a brutal murder.

Sam meets Ruth Riley when he takes refuge in a classy Pioneer Square bordello—it was the only place that would hide him in the middle of the night. It’s Ruth’s first night on the velvet couch, but Sam was handsome and he looked like he needed rescuing.

The series currently includes three books, A Stitch in Time which takes place in 1930 Seattle, Deja Vu, which takes up the story four years later, and Borrowed Time which begins in 1861 where Sam finds himself in Alexandria, Virginia and back in Seattle in the year 2084. 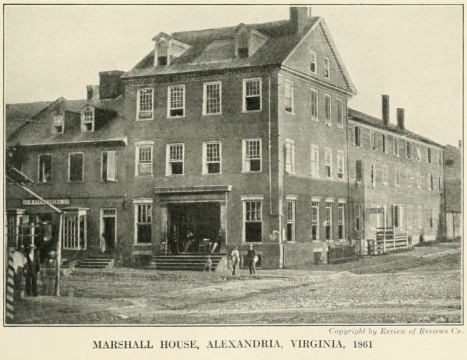 In the distant future, Sam finds a world many had predicted but everyone had hoped would never come true. Here robots look, feel and act like humans who envy their immortality.

Expect a dose of time travel, romance, mystery and a few places you didn’t expect to visit—not in your wildest dreams.